This is a great way to explain to you what to expect within an injury appointment. Gone were the days that massage was the go-to treatment method; it's much more effective rehabilitating you in the right way. 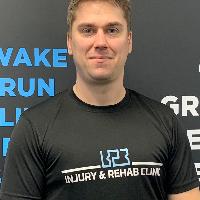 I’m Kieran and, more than anything else (except maybe a dad joke or two), I love sport! I’ve played all sorts in my time – at university, with local clubs and in my own spare time. I’ve picked up a couple of injuries of my own in that time and I’ve found that there’s nothing better than a sports massage to smooth things over. I make sure to keep on top of the ever-changing world of sport therapy and injury rehab in Southend. To this day, I’m still so excited when I discover a new technique that makes my recovery sessions that much more effective!

More by this Author

What do I mean by rehabilitation?

For most, rehab would be pictured under the umbrella with massage techniques and stretches, when in fact it’s more the umbrella itself. Anything that aids in the recovery of an injury I would personally class as a form of rehab. What will be explained here is more the functional form of rehab; the exercises and the strength and mobility work involved throughout the recovery process. Mainly focused at runners however, there will be some in depth explanations at why we perform the exercises the way we do and why we avoid others.

The stage/severity of the injury

Dependant on the severity of the injury and where in the healing process can determine the FITT (Frequency, Intensity, Time, Type) principles of the rehab. If it’s early on we would of course not load too much, especially if it’s a high severity. The simple rule of thumb to go by is to keep the load optimal, meaning you are working it at a level that you can feel pain, but pushing through that pain would be going too far. Now loading an injury for some areas may be difficult to explain without demonstrating so if you do find yourself asking the question ‘how do I load this particular spot?’ Give us a call and we can arrange some more detailed advice.

Another thing affected by severity and stage is the range of movement. Before loading, you want to consider how much range you actually have. If you find it’s limited due to pain, taking plunges into speed walking with a twisted ankle for example will unlikely do you any favours. Assess your situation; with any joint pain you need to figure out what tissue may be damaged. Is it deep? Does it feel like you can touch and irritate it? Is there any swelling? 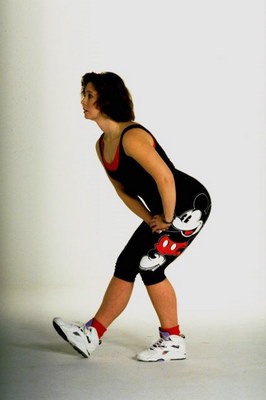 Unfortunately if it is limiting range of movement alone due to pain there is no other approach to take other than seeking professional advice. Leaving it of course is an option but in the long term it can lead to either reoccurrence or weakness in that area. Limitations in range of movement tells the therapist that the injury is still acute, and needs to be dealt with care. No shortcuts at this stage!

What would be involved in a standard functional rehab session?

The term ‘functional’ refers to rehab specific to the sport the athlete primarily gets involved in. In this instance, running, but it wouldn’t even have to be a sport; maybe a mother with a painful back and needing to pick up children on a daily basis. That would require back specific exercises of course, but tailored to help her manage the load of bending over regularly, and correctly. 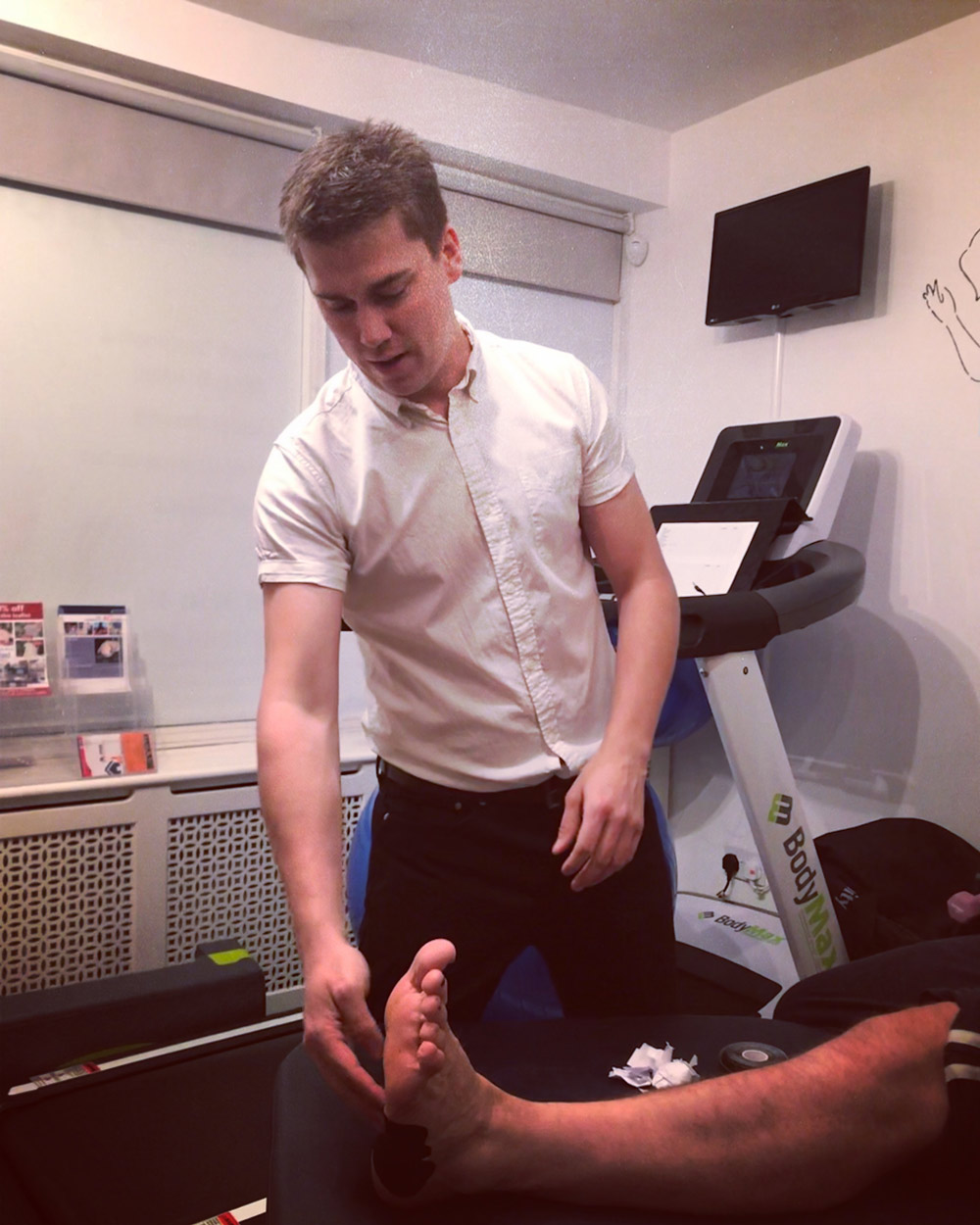 For a runner, just like any other sport it depends on the injury itself to give detail, there is no template to cover every injury and every person. We are all different, so with that in mind the rehab can also be completely different for two people with the same injury. You play the cards you are dealt as a therapist, and in some instances that means adapting even the simplest exercises. When I set up an exercise routine for a patient I stick to the principle of KISS; Keep it simple, stupid! Very often there can be exercises and stretches especially found online that are just ludicrous. There’s no need to do three backflips and the splits to stretch out your glutes, just grab your knee and pull up or sideways!

So with the simplicity emphasised, the standard functional rehab for a runner would often start with range of movement, and strength testing. Where there is an injury in a runner, and most of the time it’s a gradual injury and not traumatic, there will be some form of misalignment or imbalance to find which will explain the reason for the pain. Once the area has been located, we can either strengthen the area, or help it become more flexible. Massage will help either option, but not on its own. Before we look at correcting anything however, it’s important to address the pain and bringing down to a more tolerable level first. If there is too much pain how can we functionally rehab?!

If the injury is based around a tendon inflammation, we need to avoid stretching that muscle as it can irritate the tendon. You also need to avoid massage directly on a tendon, as that can also irritate. If it’s a newly developed issue in the tendon you also can’t overload too much as it may once again, irritate. You may see a trend by this point. Tendons can be very tricky to address at the start, so delicacy is key. Isometric contractions are usually the earliest stage of rehab for a tendon. Isometric means contraction while static, so as an example if you are sat up or standing currently, your neck will be isometrically contracted to hold your head in place. Now to apply this in rehabilitation, you do it in repetitions, or some prefer longer holds between reps. This is something you’re likely to find as take-home advice at the start of a tendon injury.
If the injury is more based around muscle tightness and constant twinges this can be slightly easier to address for the majority of cases. Muscular problems will be narrowed down to two causes in runners – imbalances and misalignment or training pattern. Finding the cause makes things simple to correct moving forward and preventing reoccurrence. Imbalances in muscle tissue means there may be a weakness or lack of mobility therefore that body part is struggling to keep up with the rest of the body during physical activity, so needs to be specifically targeted to strengthen or mobilise in a controlled safe environment. If there’s a misalignment in running style that could be due to tighter muscles pulling the body into a more unnatural position, which would load the wrong muscles for the run. If that can be found early on, it can be resolved and there would be a less risk of problems when the running trainers are put on. You may predict the way to correct this misalignment would be to stretch those tight muscles, but that may not be the case. Sometimes it’s the opposing muscle, or the antagonist muscle, which actually needs to be strengthened to balance the body out. Maybe stretching and strengthening can both be used; again it really depends on the cards that have been dealt to the therapist and what they have to play with.

Other injuries deeper in joints are a little more complicated. Ligamentous issues require proprioception training alongside mobilisations, taping, ice, and strengthening of muscles around the joint. If it goes deeper than ligament and we look into cartilage or bursa issues, it may require other forms of intervention depending on severity.

How long would I have to keep up any rehab given?

For most problems, it wouldn’t take very long before the rehab isn’t required anymore. What would be recommended from the therapist is often to look into a form of exercise class, or a cross training day so it’s not always the same load on the same areas. For a regular gym goer building strength, perhaps it a mobility day that is needed. For a cyclist maybe a core and upper body strength routine. Ultimately if you maintain the same repetitive exercise programme each week it will eventually lead to overload in tissue. There needs to be a balance. 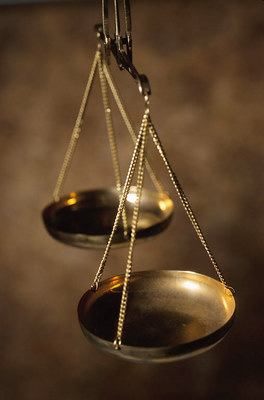 Your E-mail has been sent. We will be in contact with you soon.

Please refresh the page and re-submit the form.

SORRY
Your content caused an error and your email has not been sent.
Please remove any unusual characters and try again